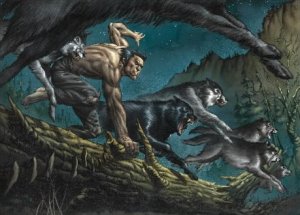 The blog of a hobbyist tabletop roleplaying game designer based out of Minneapolis.